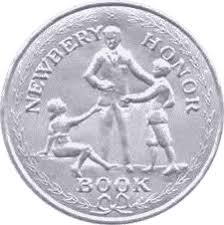 You’ve heard of the Oscars, The Emmys, and the Nobel Prize right? Awards given to people for performances or ideas that are the best in their business? Well, children’s books have awards too! You’re probably aware of the Newbery awards, having grown up reading books like Maniac Magee [PZ 7.S75663 Man 1992],  Shiloh [PZ 7.N24 Sg 1992], and The Giver [PZ 7.L9673 Gi 1994], which are all past Newbery award winners. Right next to the Newbery in children’s book awards is the Caldecott medal, named after famous 19th century children’s book illustrator Randolph Caldecott. Previous winners have included A Ball for Daisy [PZ 7.R1814 Bal 2011], Sick Day for Amos McGee [PZ 7.S8084 Si 2010], and The Lion & the Mouse [PZ 8.2 .P456 Li 2009.] And now we have new winners of these two awards, as well as several other notable awards in the field of children’s literature. This year’s winners are The One and Only Ivan (Newbery) by Katherine Applegate and This Is Not Your Hat(Caldecott) by Jon Klassen. 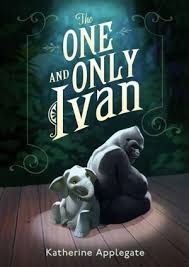 The One and Only Ivan is a children’s short chapter book, told from the point of view of a Silverback gorilla named Ivan, who lives as an attraction in a run-down mall. He is lonely and not very well treated, and his only friend is an old elephant named Stella, and a stray dog. Still, he is content enough, not remembering much about his life before the mall. That is, until a baby elephant named Ruby changes everything. While the book has its funny moments, it’s a pretty deep story about parenthood, loss, desire for freedom, and animal rights. I can only find great reviews for this story, and the story sounds like a really good one for both kids and adults. Plus it’s based loosely on a true story, which apparently had a real life happy ending! So go look for the adventures of Ivan the Gorilla, this year’s Newbery award winner! 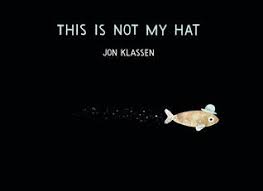 This year’s Caldecott winner is a children’s picture book called This is Not My Hat, the tale of a small, rather overly confident fish who has just stolen a little Topper hat. He spends the book telling the reader all the reasons why he will get away with stealing the hat from a bigger fish, all the while the pictures in the background tell a very different story than the one the fish is telling. This book is actually a sequel to another picture book called I Want My Hat, told from the point of view of the fish that had his hat stolen, much to his distress. Most of the book is visual humor, with funny background events, wonderful art, and a few good lessons for the kids- everything you could possibly want in your fish-related children’s books.
While people sometimes tend to think of kids’ books as brainless pictures, and lessons for the kids, there is a lot of good work out there for young audiences, and these books, as well as the rest of this year’s children’s literary award winners, are proof that kids’ books can be as important as any other type. And that talking animals teach us some very valuable life lessons.

Rice Library collects the Newbery and Caldecott titles annually, as well as hundreds of others, to support the children’s literature courses on campus. Note the call numbers given for titles in the first section- these and so many others are in the Curriculum Materials collection on our 4th floor!
CP