Posted on February 14, 2013 by David L. Rice Library
What do you think of when you hear the word ‘poetry’? Moon-June rhyming things? Things you had to read in high school? Personally, I love poetry. It can be funny, romantic, interesting, or profound. It can help you understand times and places you can only visit in your imagination, and get into the heads of people from all over the world. Poetry predates the written word, with the earliest poems being oral legends and stories, and folk songs. It ranges from ancient storytellers waxing eloquent about that day’s buffalo hunt, to modern day spoken word poetry delivered in auditoriums packed with avid listeners. The United States has a long poetic tradition, reaching back to the pre-colonial days, with American writers eventually stretching beyond their British roots and creating a style that was distinctly American. And as it turns out, we have many wonderful books of American poetry right here! Want to experience the power of words (or just sound smart at parties)? Take a peek at these great examples!
The Portable Edgar Allan Poe

Like your poetry creepy and gothic? Then have I got a book for you! Edgar Allan Poe is one of the most famous and influential American poets, a pioneer in horror literature, mysteries, and Hot Topic t-shirts. This book includes information Poe’s life (alcohol, tuberculosis, dark colors, marriage to his 13-year old cousin), samples of his poetry, his short stories, letters, and a number of other writings, giving a very impressive picture of his general work and style. Everyone knows his most famous works, like The Tell-Tale Heart, and The Raven, but take this opportunity to see some of his slightly lesser known works, like The City in the Sea, The Facts in the Case of M. Valdemar, and The Masque of the Red Death. It’s pretty amazing how much modern horror was influenced by Poe, so check it out, and see where modern horror met modern mystery. 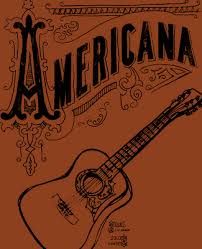 Remember what I said earlier about oral traditions in poetry? Yeah, America has those too. For years, Americans made up songs, games, and poems that were shared around the campfire, on ships and docks, or in coal mines. You can read more about these in American Folk Poetry, a hefty anthology of songs, ballads, and sea shanties, often focusing on the lives of rural Americans, sailors, miners, lumberjacks, and young lovers. There are chapters about Christmas songs and lullabies, party songs, TONS of weirdly specific genres of love songs, religious hymns, murder ballads, etc. Many of them are still heard today, like ‘Oh Susannah’, ‘Yankee Doodle’, ‘Battle Hymn of the Republic’, and many songs that would later be covered by country stars. I have  looked up some of the sea shanty/working man style songs, and they are really dang catchy, so beware!

The Road Not Taken: A Selection of Robert Frost’s Poems

You have probably heard of Robert Frost. Great American poet, ‘The Road Not Taken’, you probably had to read something of his in class at some point. Frost’s poetry is known for its traditionalism, and its focus on nature and the world of the average American. Most of his poems are not epic sonnets of love and power, but are just about things around the house, like a doorway, a woodpile, or a sand dune. But he takes the ordinary things in life and makes them beautiful, finding all that love and epic-ness in everyday life. This book has not only a lot of his poetry, but also a decent amount of  biographical information, and some essays written by other poets about him, so this is a great place to start if you interested in learning more about his poetry. After reading his work, you might never look at a creepy, muddy pathway the same way again.

The saddest thing about this blog is that I have a limited amount of space to discuss my topic. Especially with a huge topic like American poetry. I haven’t even touched on Emily Dickinson, Maya Angelou, Shel Silverstein, and dozens of others. I just may have to revisit this later in the semester….There’s so much out there, so many styles and topics and genres, you need to go investigate yourself! Head to the library, and start investigating ASAP. I am sure you`ll find something right for you! I mean, what else are you going to do? Your homework? 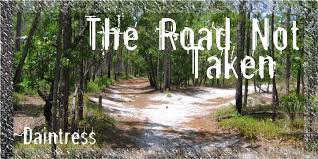