Americana Part 2: On the Road Again

The People Who Stayed

Having left the northern and western parts of our country, I’ve arrived down south. Now, I really hope I don’t have to tell you that Europeans were not the first people in this country. And that many of the people who were originally here were eventually driven out of their homes and forced out west. It’s a long, unhappy story that I don’t have much time to get into right now. But what I want to talk about are the Native Americans who stayed in their own lands in the southeast. Aptly titled The People Who Stayed, this book is a collection of legends, writings, and oral history of the southern Native Americans who had to navigate the complicated racial landscape of the South. The book not only has a lot of history, but some interesting personal stories of Native Americans who joined either white or black communities, and how, like many ethnic groups they tried to keep their identities, while deciding how much they wanted to assimilate into the main stream. If you want to learn more about this, check the book out! It’s a very interesting and little-known important part of our cultural history.

How about we stay in the south (or the southwest) and look at another notable ethnic group in the U.S., the ever growing Hispanic population. Unlike the last two books, this one is more contemporary, dealing with issues in the Latino community, like migration, cultural assimilation, and gender. As the most rapidly growing minority in the U.S., Hispanic culture has become a major part of mainstream America. This book has a nice combination of writing, with poetry, short stories, and essays. It’s also a good mix of different nationalities and backgrounds (Latinos/Hispanics being a pretty diverse group) as well as a mix of time periods, with poetry from Hispanics serving in WWI, to modern day Latina women navigating cultural traditions and the desire to join the professional world. I know that some people are touchy about certain Hispanic issues, like illegal immigration and Spanish being such a prominent language, but this book isn’t about that. It’s about the importance of Hispanic writing, and its cultural impact on America.

America is, as we’ve discussed already, a pretty unique place. Lots of different people and places, and a whole host of experiences, especially for a relatively young country. Due to this background, Americans have created several of their own genres, each with their own unique flavor. Take Southern Gothic, a genre set in the American South, often taking realistic southern issues and using strange, grotesque situations and characters to get the point across, sometimes with the supernatural. And no, I don’t think Larry the Cable Guy movies count (although he is pretty grotesque).  One of the most famous is A Streetcar Named Desire, by Tennessee Williams, king of this type of work. It’s the well-known story of a faded southern belle and her relationships with her timid, working class sister and her sister’s brutish but steamy hot husband (Google young Marlon Brando- dang, could he work a white shirt), who becomes way more of a creep as the play goes on. There’s also an equally famous movie which is quite close to the original play. Streetcar is an archetypal Southern Gothic tale of the death of the old south, with creepy characters, strange situations, madness, and decay. It’s an interesting and twisted genre, one that continues to this day, its influence in TV shows like True Blood, or movies like recent Oscar nominee Beasts of the Southern Wild.

Interested in another American subgenre? You could fight me on this, but I would count the work of John Steinbeck (and others of his era) as a genre of its own. His depression era stories, such as The Grapes of Wrath, marked a time when artists, musicians, and writers looked around their country struggling in the Great Depression, and wrote about the awful things they saw, with no sugarcoating. Steinbeck’s most famous book, the tale of an Oklahoma farm family migrating to California in a desperate attempt to find work, is an American classic. It’s a story less about individual characters, and more about the country as a whole, whose people desperately struggled, persevering despite the odds against them. This book also has a famous movie, which I like a lot, but beware- there’s so much dust and grime onscreen that you just want to take a shower. America does love its outdoors. 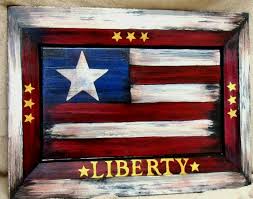 So, have we gotten any closer to figuring out Americana? Is it wild tales? The outdoors? The struggles of the American people? Diversity? Super Bowl Commercials? I still have trouble describing it but, I can feel  it. It’s the way America feels, its odd, confusing history, its love of independence and kitsch. A country that loves roadside attractions and endearing weirdos. Bits and pieces of Americana seep into each other, creating one large, ever changing culture. U.S. history has a lot of darkness, but it’s always prided itself on looking towards the future. My road trip may not have given me all the answers, but it did give me a lot of great stories about trying to find them! So check out these books, and try to see if you can figure it out better than I can. I mean, I haven’t even talked about the World’s Biggest Ball of Twine…