Blogging down Route 66:The Road to Americana Part 1

When you think of uniquely American culture, what comes to mind? The American Melting Pot? Bald Eagles? Tailgating, cheap beer and football? Put all those together, and you get Americana- which is basically defined as artifacts related to the history, geography, and culture of America, things that have a distinctly American flavor. America is a geographically large and diverse country, having been shaped by Native American culture and history, and its immigrant heritage, with people from every corner of the world settling here and adding to the exchange of cultures.  All this has given birth to a number of themes, styles, and traditions that are distinctly American, many of which are seen in the literature that we have created. Alright, it’s a bit hard to actually define Americana, but you know it when you see it, I think. What does or what does not fall under Americana can be confusing, but I’m going to try anyway. Tall Tales, ghost stories, poems, I am going to try to figure this out! Wish me luck, as I drive down the Route 66 of Americana!
The Legend of Sleepy Hollow and Other Stories 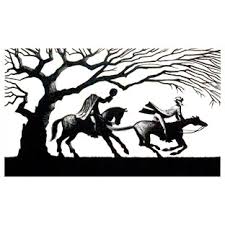 I guess the best place to start is at the beginning, or at least the beginning of classic American traditions  we know today. Washington Irving (1783-1859) was one of the earliest American writers who made a huge international splash. He’s also one of the pioneers of the short story as a legitimate literary style, with a distinct American flavor. If you look his two most famous stories, ‘The Legend of Sleepy Hollow’, and ‘Rip Van Winkle’, you notice some very similar themes. They both take place in small farming communities in the early days of the United States as a country separated from England, they both deal with the conflict between the contemporary and supernatural worlds, and they both warn about the dangers of the woods. Both are stories based on Old World tales of ghosts and curses, with Irving applying them to the New World in some of the earliest stories in the American tradition of Romanticism. So, we owe a lot to Irving, for his contribution to American literature and culture, and many a Halloween haunted trail. Oh, he also had a particular nickname for New York City: Gotham. This was later borrowed by some comic book writers who were creating this new character, around sort of bat theme…. Yeah, it turns out that Christopher Nolan owes Irving a writer’s credit or something. Strange how often literary creations can end up influencing each other, even influencing different genres and time periods. Speaking of…

Tall Tale America, a Legendary History of our Humorous Heroes

Americans have long been fascinated by the outdoors, by the wildness of nature, and what better place to exemplify that then the American (often wild) West? That’s how we get to tall tales. Tall tales were sort of like old timey Chuck Norris jokes. They were a bragging contest about how big and bad they could make the hero of the story sound. Sometimes called Big Men stories (although they weren’t actually just about the guys) these were larger than life tales of courage, strength, and cleverness, usually told in a humorous, good natured way. The heroes range from working men like John Henry, the railroad man who died proving a man could do the work of a machine, or Paul Bunyan, the lumberjack with the size and power of a giant, to wild frontiersmen like Pecos Bill, who lassoed a tornado, or Davy Crockett, part time hunter and explorer, part time politician. Those are just a few of the many heroes of Tall Tale stories, more of which can be read about in Tall Tale America, which not only lists several of the tales, but also gives some historical context about American folklore, and how it differs from lore in other parts of the world. The book frequently uses regional dialects in the stories, which can get rather distracting, and it’s definitely an older book, but it’s still a good place to start looking if you’re interested in knowing more about these American myths.

Voices from the Harlem Renaissance 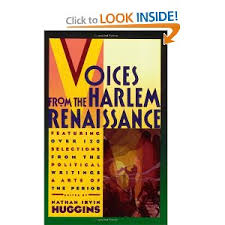 The Harlem Renaissance was an explosion of African American culture, centered in the NYC neighborhood of Harlem in the 1920s. This book gives both a history of the Harlem Renaissance, as well as examples of the poetry and essays of the time, covering authors such as Langston Hughes, Zora Neale Hurston, and Wallace Thurman. This is just a small sample of the work coming from this era, and from African American culture in general. Much of this material deals with African American identity; the writers and poets of the time were attempting to find where they stood in a country that seemed to be progressing, but no one was sure how much. With the book having so much history in it,  it may be more for history buffs than poetry lovers, but it has some great writing here, and is a good book to check out if you’re a fan of history, writing, or art (of all kinds).

I’m going to exit the highway and rest now….but check back for Part Two!