And the Academy Award goes to…

Posted on February 22, 2013 by David L. Rice Library
It’s Oscar season baby! As a major movie geek, I absolutely love Oscar season. I love the speeches, the awkward banter at the podium, the outfits, the speculation, and, of course, the films. Of the nine movies up for Best Picture this year, I have seen eight of them (come on Amour, would a wide release be so much to ask?!) and I have to say, it’s been a pretty good year for movies. But we have plenty of places to read about the current nominees (TMZ anyone?) I want to look at some of the Oscar winners of yesteryear, the best actors, the best movies, the best writing, the best everything. And, as it so happens, we have several past winners right here in the library’s DVD section! So if you feel like getting pumped for the big show (I beg you Seth McFarland, let’s see more Ted and less last few seasons of Family Guy), check out some of these favorites from Oscars past!

In the Heat of theNight 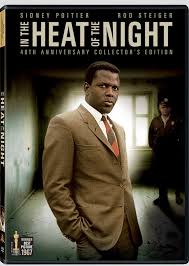 If you haven’t seen much of Sidney Poitier, look up some of his movies. This guy is classy. Sidney Poitier is an African American actor who made a lot of his most famous movies in the 1960s, and was the first African American to win a Best Actor Oscar in 1963 (Lilies of the Field), a time when, in many parts of the country, black people couldn’t even use the drinking fountain. In the Heat of the Night, which won Best Picture in 1967, is one of his most famous, telling the story of detective Virgil Tibbs from Philadelphia who, while traveling through a small Mississippi town, is accused of murder by racist cops during a heat wave. When they realize who he really is, he calls his bosses up north, who tell him to stick around to help find the real killer. It’s basically a murder mystery, but it’s more about simmering racial tensions that eventually come close to exploding, and how Tibbs has to navigate the territory, while still trying to solve the murder. The performances here are great, not just Poitier, but also Rod Steiger as the racist sheriff who is forced to work with Tibbs, and eventually come to respect him. Coming out in the 1960s, a time when race issues were exploding all over America, this movie was a big deal. Even without all the historical importance, it’s a dang good movie, with an excellent leading actor, and an all-time great tag line, “They call me MISTER Tibbs.”

No Country for Old Men 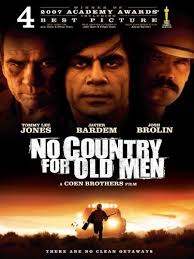 The Oscars have a bit of a reputation for picking movies that are “safe”, ones that are not controversial or too off-putting. While there is probably a little truth in that, it can’t be 100%. Case in point, no one could look at a movie like 2007’s Best Picture winner No Country for Old Men and call it “safe”. Written by Joel and Ethan Coen, it’s a very strange movie to become a mainstream hit. It’s a very dark, twisty modern day western about an aging lawman, a small-town Texan who wanders into a drug deal gone bad, a bag of stolen money, and Anton Chigurh, a monotoned, unstoppable hit man who seems to use his stupid haircut to distract people from that fact that he might be the personification of unstoppable killing power. Or death. Or chance. I don’t know, there’s a lot of symbolism in this movie, and a lot of ways to interpret what the movie is about. From a story  standpoint, this movie is bizarre. This movie is just so oddly structured, with long tracking scenes and major events happening off-screen; when the movie ends, it doesn’t end in a dramatic shoot out or a fight, like in most Westerns, it just ends… well, see it for yourself. Some people really hate this movie, but personally, I find it fascinating. It’s beautifully shot and acted, and it’s such an odd version of a modern western that even if you don’t like it, you will at least remember it. And that’s what an Academy Award winner should be above all: memorable.

The Sea Inside
I have always liked watching foreign films. I know some people aren’t into subtitles, but if the story is good enough, I don’t think it should matter. So I have always liked checking out the Best Foreign Film nominees and winners, and this is definitely an interesting one to try out. It’s a 2004 Spanish film, a winner of Best Foreign Film, about a mechanic who becomes quadriplegic after an accident, and his fight to be allowed to end his own life. While it discusses a lot of the implications and issues surrounding euthanasia, it’s really more a character piece about one man trying to end his life, while at the same time inspiring the people around him to live life to the fullest. I don’t know if it’s my favorite foreign movie winner, but I would say if you are interested in foreign films, or in the issues this movie talks about, this atmospheric film is as good a place to start as any.
Since the Academy Awards began in 1927, we have had all kinds of films win the coveted Best Picture award. Silent films, westerns, weepy dramas, war movies, period pieces, even the occasional comedy (or dramedy). In all those, there must be something there to like, so if you can’t check out the current nominees, or the Academy Awards show on Febuary 24th, take a peek at the library’s DVDs of some earlier Best Picture flicks. I promise not a single awful remake or sequel in the bunch!
CP

Like Loading...
This entry was posted in Academy Awards, Best Actor, Best Picture, In the Heat of the Night, No Country for Old Men, The Sea Inside. Bookmark the permalink.