Posted on February 25, 2013 by David L. Rice Library
February is Black History Month, a time when we consider the many contributions African Americans have made to American society. Now granted, I think we should remember those contributions pretty much all year round, but I guess it’s good to set aside a time to really focus on it. And now USI is getting into the spirit by bringing IU’s much acclaimed Gospel group IU Soul Revue to our campus on February 26 at 7pm in Carter Hall!  To celebrate, I dedicate this blog to some of the amazing things done in African American music. And if I have to spend all day rocking out to awesome gospel and blues songs to do that, so be it! 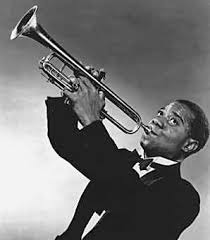 African American music has taken many forms over the years. There is soul music, gospel, jazz, blues, and plenty more. If you’re interested, take a look at the book African American Music, which is about…well just guess. It takes us from folk music, to spirituals by  slaves, to the blues movement in New Orleans, to political music in the 1960s. It gives a lot of pictures and context, talking about what was going on historically, and how that affected the music being made. I have always loved the history of music, and especially music made from specific sub genres. But I’m biased, considering one of my favorite genres of music is the blues. Speaking of….

Nobody Knows Where the Blues Come From

This book is a quest to find the history of the blues. It describes the strange, colorful lives of blues singers, and it gives a strong analysis of blues lyrics and what they mean. The blues has long been music strongly influenced by oral traditions, with the iconic blues man being the lone traveler with a guitar, traveling back roads, singing about what he sees on his journey. This book looks at the blues movement in the West Indies and the roles of race and gender in blues music. It also explores how various tragedies and injustices have influenced the blues (well, after all, blues is not the most cheery name for a genre). Do they find the true origin of the blues in this book? Guess you will have to read it to find out! 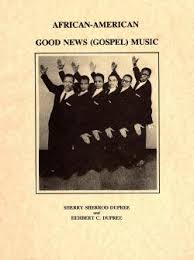 Before the concert, you might want to do a little research on gospel music so that you’ll know all the right times to jump up and start cheering for the Lord. There is a long, rich tradition of African American gospel music in this country, and many people have pioneered this musical form. This book is mostly biographical information about gospel singers, with lots of pictures and information about them, going back to when everyone seemed to style their hair really high and wear a lot of suits. It’s a good book to use as a reference guide because it’s not about the genre so much as it is about the singers. This book even provides ways to cite information about them, the venues where they performed and the places where they recorded. It’s not the most lively book about gospel music we have, but it’s a good way to get familiar with the genre. And yes, laugh a bit as the pictures start to reach the 1980s near the end. Oh the ’80s, you even infected the word of God. 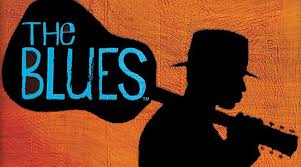 As you might have noticed, I really like blues music, always have. It’s a distinctly American, grass roots genre with a folk vibe, all things that I really dig. But this CD isn’t about history or what blues means to the greater culture. It’s just about the music. This CD features some of the best African American blues singers in history, with songs from Big Mama Thornton, B.B. King, and the legendary Billie Holiday, among others. Most of the tracks are older blues, going way back to the 1920s or 1930s, and it just seems very old-timey, but it’s so dang relavant. Blues music can be fun and it can be lively, but it is often known for its songs of pain, because, again, it’s even called the blues. Check out this CD from the Rice Library’s audio collection, and have a listen for yourself!

If this sounds interesting, come on out to the IU Soul Revue in Carter Hall at 7pm on February 26. Celebrate all the great music African American musicians have given America, and how much they have given to us all. Again, these are things you should do always, but February is as good a time as ever to blast some soul music in your car as it heats up.
CP