Posted on February 27, 2013 by David L. Rice Library
Everyone loves a good research paper, right? Finding a topic, looking for references, getting all those fun publisher dates for your bibliography…you know the drill. I have written many a reference paper, and for a while, my research method consisted of doing a Google search and maybe checking Wikipedia. Eventually, I learned that there were much more effective ways to do research. Guess where this is going? Yes, we are going to another part of the library’s website! Specifically to CREDO Reference, an electronic database that allows you to look up any number of topics and titles, most of which are very research-paper friendly. As of today it has 615, yes, 615 full-text reference books that you can search through. Or if you’re just looking for something to do when you’re bored and want to read about propaganda during the French Revolution, then this is a dang good place to start. 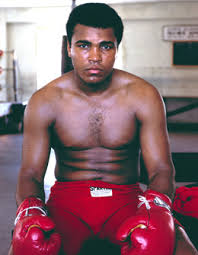 One interesting CREDO title is Icons of American Popular Culture: From P.T. Barnum to Jennifer Lopez. Even though this title was published in 2010, I would argue that even then, Jennifer Lopez could no longer be called an “icon,” but don’t let the hilariously out of date title keep you away. It has long, well researched articles about historical figures like John F. Kennedy and Muhammad Ali, plus pop culture types like Michael Jordan. Yes, this is rather outdated (there is a real lack of awful reality stars here). When it comes to more historical figures, however, it does a good job of giving a basic overview without the fear of edit bandits you might have using Wikipedia (which most profs don’t want you to use anyway.) A lot of the articles are like that, to the point and full of reliable information. This is a great resource for those English 201 papers and CMST 101 speeches!

CREDO Reference also contains quite a few ebooks with pictures of art, and information on the paintings and why they exist. For instance, I came across a text entitled Pocket Guide: Myths and Legends which discusses the portrayal of fantastical characters in paintings and writings. It’s pretty amusing how many people in ye olde times wanted their portraits to make them look like gods or legendary heroes. Good to know the human ego knows no boundary of era. They also frequently used portraits for political purposes, portraying political types as heroes favored by the gods. A lot of the images featured here are from the Middle Ages or the Renaissance, but they are all based around myths from classical mythology. They had some pretty serious Greco-Roman nostalgia going on at the time, and the artwork definitely shows it. This is all pretty interesting, as I always like learning about the more mundane aspects of life back in the day, and it has pretty pictures- what a great combination! 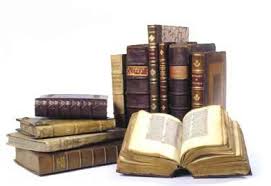 But CREDO Reference also includes a lot of books and reference articles that just seem…random. For example, there is an entire ebook with people’s obituaries, going back to the 19th century (Great Lives: A Century in Obituaries). There’s a title detailing the history of the cow in the American economy (The American Economy: An Encyclopedia). There is another ebook with information on icons of southern music (The South), which just makes me feel like I want to write a blog all about that. What I’m trying to say is, these references are pretty cool. Even if you don’t happen to be scrambling around the internet for research, CREDO Reference still a fun place to go if you just want to learn about some cool topics. You may want to store them in your head for the NEXT research paper, because come on, we all know the next one is right around the corner. Oh, and don’t forget to try the Hargrave’s Communications Dictionary article on ‘corner frequency’. Yeah, that’s a mathematical term and not a hipster band from somewhere out West. Ah the things you learn in the library. And you can find CREDO Reference in the A-Z Databases list.