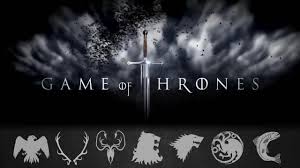 You know what the best part of the start of April was? Not the chance to play stupid pranks on my roommate, not the license to post 100% fake stuff on Facebook (because no one normally does that)….. it was the start of the new season of Game of Thrones! Yep, my favorite show on TV has come back, in all its bloody, violent glory. In case you haven’t heard of the show (in which case, get to the nearest HBO connection ASAP) Game of Thrones is huge, sprawling series about a giant fantasy kingdom ruled by several noble families, with one king in charge of them all. It’s filled with action, witty dialogue, endless backstabbing and politics, family feuds, and murder. Oh, plus the occasional appearance by black magic, prophetic dreams, ice monsters, and dragons. Yeah, describing the plot, it all sounds kind of ridiculous, but trust me when I say that it’s awesome. I would say more, but I wouldn’t dare ruin the many plot twists for you. Think of it as Lord of the Rings meets The Wire, and if that combination doesn’t get your attention, I don’t know what will! And guess what? It’s based on a book series! If you thought the show was endlessly complex, with about 3 million characters to follow, just give the books a look. The shortest one is still big enough to break a few bones if you drop it hard enough. George R.R. Martin’s A Song of Ice and Fire series is just one of many great book series that went on to become great TV shows. Did you know that shows like ABC Family’s Pretty Little Liars, FX’s Justified, and even the classic family drama The Waltons were all based on books? Granted, some adaptations are better than others, but it does seem like shows based on books have especially high quality. Just take a look at these books that we carry, than locate the nearest TV and see how they compare! 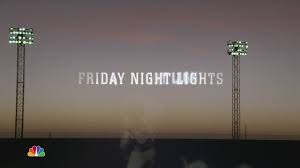 Technically, this one is a true story that was made into a book that was made into a movie that was made into a TV show, which was better than all of those. It’s a simple premise, the story of the small Texas town of Dillon, and its much loved high school football team The Panthers. It’s a quiet, down to earth show focusing on issues of family, racism, class, drugs, and football in ways that could easily come off as an awful after-school special, but it’s told with such great writing and acting, that it feels totally authentic. Despite low ratings, the show lasted five seasons, and despite a few hiccups here and there (that stupid murder thing in season two…) it was a great show, and one of the most realistic looks at small town life you will ever see on TV. It gets right so many details of small town life that it had to come from real life. Or a book based on real life, which is close enough. 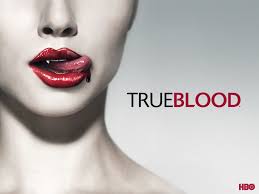 From gritty southern realism to crazy southern gothic, True Blood is HBO’s addition to the recent vampire craze, filled with blood, sex, action, and more sex. It’s based on the Southern Vampire series by Charlaine Harris, which are more like detective novels, that happen to have vampires and fairies and shape shifters running around. The show, on the other hand, is just total craziness. It’s the tale of a young telepathic waitress who meets up with a hot vampire, just a few years after vampires have come “out of the coffin” (see what they did there? subtle…) and they go on to solve crimes, have weird graveyard sex, and play games on the Wii. And then it starts to get weird. Throw in some vampire sex clubs, white trash panther people, gay vampire royals, and you can see why this show gets such high ratings, right? It might be pure supernatural soap opera, but at its best, it actually has some sharp writing, great acting from the main cast, and some moments of genuine emotion. If you like the show, give the books a look. Less blood sex maybe, but keeping that quirky southern charm.

I have talked about adaptations more than once, and for some reason, it seems like TV is a great place to go to make your awesome book into an awesome adaptation. For every Honey Boo Boo style reality show, and every bland procedural, there are great shows being produced and watched by many. And a lot of them seem to be based on books. If this means more people will go back and read the books after seeing the shows, that’s even better. And the book will always have come first. My beloved Game of Thrones is just one of many great shows out there based on books, and I love that I live in a time where one of the biggest shows in the country is a critically beloved fantasy show based on a giant fantasy book series with giants, murder shadows, zombies, and all kinds of craziness I can’t really talk about without spoiling everything that’s happening. And the other biggest show is based on a comic book (It’s a comic book so it counts!) about killing zombies. It’s a great time to love books. And zombies, icy or otherwise

Like Loading...
This entry was posted in A Song of Ice and Fire, adaptations, Charlaine Harris, Friday Night Lights, Game of Thrones, True Blood, TV. Bookmark the permalink.