I’ll See You at the Movies 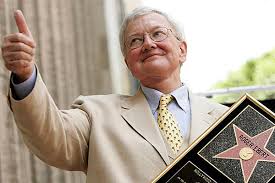 Since he first started writing movie reviews in 1967, Chicago-based film critic Roger Ebert has been the main voice in film criticism in modern America. The elder statesman of film, Ebert has been writing reviews for years, famous for his intelligence, wit, and the wrath he throws down on movies that he hates (look up his review of the 90s family comedy North, and see what Ebert can do). He has also been one of my personal writing heroes, and one of the reasons I am the lover of film I am now. I remember watching his TV reviews with his then partner-in-crime Gene Siskel, and later Richard Roeper, when I was a kid, but it wasn’t until my uncle gave me Ebert’s book of Great Movies that I really became a fan. Thanks to Roger, I have found tons of amazing movies I never would have seen otherwise, and also avoided paying for some real clunkers. Ebert’s writing was intelligent, funny, and sometimes even philosophical, and his taste in genres was wide and varied. While one might be quick to label him as a “movie snob”, he has always been a proponent of science fiction (he has listed Star Wars and Blade Runner among his favorite films) comedy, and animation (his review of Ratatouilleis basically a take against critics who look down on kids’ movies as legit entertainment). His reviews were filled with insight into the world of film, and the world at large. At the same time, Roger would proudly call himself a movie snob, someone who wanted his movies to be intelligent, to respect him as a viewer, not to talk down to him or settle for the lowest common denominator. He made me feel like it was OK to like artsy foreign films, as well as (well made) big budget action movies. When he passed away on April 4th, after a courageous long and painful battle with cancer, the movies changed forever. Looking at his list of best movies of every year since the 60s, I can’t believe that we won’t see a new list for 2013. So, to honor his memory (and wit), let’s look at some books about film, and keep his legacy for snarky intelligence going. 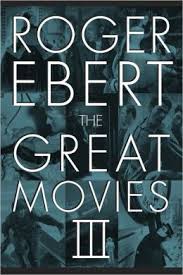 What better way to start than with the man himself? This is the third of his books on Great Movies (he refuses to make a “best” movie book because he feels it’s so subjective) and it’s the one we have in our ebrary Academic Complete online collection! Like the rest of his books, it covers a wide variety of films, spanning genre, style, and country of origin. Among the films in this list are the classic Bill Murray comedy/existential art film Groundhog Day, classic 1940s WWII drama The Best Years of Our Lives, and classic musical extravaganza My Fair Lady, among many, many others. It’s filled with Ebert’s classic wit and style, his reviews filled with references to past films, the creators’ other works, as well as bits of Ebert’s own life and experiences watching the movies. This book is also notable for having some of the few movies that Ebert has changed his mind on. In his early reviews, he thought that Groundhog Dayand The Godfather Part II were only OK, but he later came around to them. And it takes a lot for
Roger Ebert to actually change his opinion in print.

Classic American Films: Conversations with the Screenwriters
There are many people who collaborate to make a movie come together. Personally, I am amazed at the amount of work it takes to get a movie together. One of the most important people involved is the screenwriter. This book talks with various screenwriters of great movies, discussing how the movies came to be. The book begins with a big one, the 1952 musical classic Singing in the Rain (haven’t seen it? Find it now!) It shows a conversation between the writer of the book, and the two writers of the film, who give many interesting insights into the film’s dialogue and story, and how much work goes into it. The author also talks to the writers of Rebel without a Cause, Psycho, Jaws, and Rocky, showing the time and effort that it took to write a script for a these classic films. And while I haven’t written a whole bunch of Oscar winning blockbusters, I do relate to how much work goes into writing. And as someone who has seen a lot of the movies discussed here, these interviews make the fact that these movies are so great even more impressive.

They say that everyone is a critic, but not everyone is a good critic. There are a decent amount of books here at the library about criticism, like Plays, Movies, and Critics, a book about various famous critics and what they review, focusing more often on theater critics based around New York, another area of criticism I find interesting, but also on film. This blog is about movies, the people who make them, and the people who loved them. Especially one person in particular, who seemed to love them like few others. Roger Ebert may have passed on, but his influence lives on, with many writers and filmmakers citing him as a major influence, myself included. I hope that one day, my writing can be even one tenth as well done and insightful as his was. In fact, I am going to let him finish this column off himself. The day before he died, he wrote one last blog, and this was how he signed off, working and reviewing to the very end.
“So on this day of reflection I say again, thank you for going on this journey with me. I’ll see you at the movies.”