Posted on April 24, 2013 by David L. Rice Library
Feeling the end of year stress yet? Papers to write, books to read, projects that you knew about for months but are just now getting starting on?  It’s a busy time of year, tough on everyone, and it can feel like there’s no time for fun or relaxation.  The pre-finals season is a time of stress and occasional panic, but never fear, there’s hope. Instead of dealing with stress by binging on chocolate and crying to yourself, check out some of these movies we have here at the library! They’re fun, feel good, and funny, which will hopefully take your mind off your impending finals and the never ending list of things that need to be done by the end of the semester. They range from wacky foreign films, to iconic teen flicks, to family adventures, and they all have something to make you smile. So check these out, and take a break from those finals blues!
Amelie 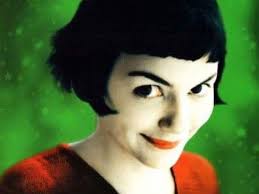 Looking for a sweet romantic comedy that everyone can like? Then give this 2001 French film a look, because trust me, there is a lot to look at! Amelie, a young, isolated waitress who grew up almost totally on her own due to her over- protective parents, eventually decides to break out of her shell and help people. Near the start of the movie, she finds an old box filled with childhood mementos, which she returns to its owner. The movie then follows her attempts at making the world around her better, and to find some happiness for herself, including possibly falling in love. The movie is bright, colorful, and has a light, whimsicalness to it, and seems to be set in a magical version of Paris filled with color, quirk, and a lot of cute clothes. It’s funny, sweet, and yes it has subtitles but don’t let that scare you off! No matter what language it’s in, this movie is enough to shake anyone out of the finals blues, with bright colors, lovable characters, and a story that encourages viewers to get out there and live life. 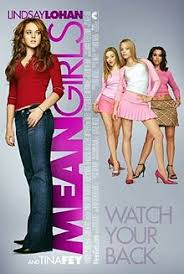 Mean Girls
Oh yes. We have it. Mean Girls, the fountain of a thousand internet memes, is the movie that just about everybody of a certain generation can quote endlessly. But when was the last time you actually watched it? Well, now seems to be a perfect time. Mean Girlsis the sharp, witty satire about high school politics, friendship, and cattiness. Cady, a former home school student who has lived in Africa for several years, is now going to a typical American high school. She soon becomes entangled with “The Plastics”, a trio of popular girls (ditsy Karen, neurotic Gretchen, and queen bee Regina) who rule the school with an iron heel. What follows is a hilarious tale of high school life, that is as funny as it is real. Anyone who went to high school has to remember some of the things seen here, like three way calling attacks, fake compliments, and the always complicated table seating in the cafeteria, with tables seeming more like warring nations than high school cliques. But it also has a great lesson about the importance of friendship, and the silliness of drama and backstabbing. So get your friends together and get watching. I promise, it’s still so very Fetch!
Secondhand Lions 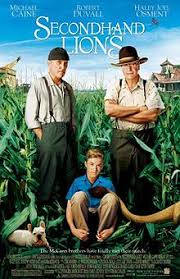 This 2003 film was somewhat overlooked when it first came out, but trust me when I say it’s worth a look. Set in the early 1960s, it tells the story of a young boy named Walter, who is dumped off by his irresponsible mother at the farm of his two eccentric uncles to spend the summer. From there, the movie sort of has two stories. One is how the boy bonds with his cranky, isolated uncles and comes to term with the fact that his mom is a crappy, crappy parent, and the other is the story of his uncles’ past lives in World War I, in the French foreign legion, and his uncle Hub’s romance with a Middle Eastern princess named Jasmine. Jasmine also shares the name with an old lion that the uncles buy from an old circus, with which Walter bonds (hence the title). It’s a sort of coming of age/family drama/period piece/adventure story/comedy, with a lot of laughs and heart. Plus it has Michael Caine playing a Texan! That’s pretty hard to beat.
The end of the semester is tough. Trust me, I know. I have seen a lot of them. But you don’t have to be miserable about it all the time. If you just need to de-stress, watching a movie can be a great way to do it, whether it’s with friends, family, or just in the comfort of your own room. So whether you feel like whimsy, snarkyness, or circus animals, the library has something out there for you among its hundreds of DVDs!  And if you want to binge on just a little chocolate, I won’t tell.
CP