The Summer of Books and Blockbusters

Posted on May 1, 2013 by David L. Rice Library
Yep, I’m talking about adaptations again. Look, I’m about to graduate, I love movies and books, and I’m running out of excuses to write about them, so just sit back and enjoy. Because the dry spell is ending! We are almost to summer blockbuster season! To me, the months of about January to April are something of a cinematic no man’s land. Oscar contenders are out of theaters, summer movies don’t start until May at the earliest, it’s the season of “meh”. Granted, there are usually a few good ones in the mix, but mostly it’s just a time when Scary Movie 5 can actually make a tiny bit of money. But now, summer is coming, with its great movies! Big! Splashy! Explosions! Last year’s summer was a major one (The Avengers, Dark Knight Rises, Ted) and this year hopes to give us even more. And several of the movies this year happen to be based on books! So let’s take a peek at some of the upcoming summer movie spectacular adaptations, and hope that they are more Lord of the Rings and less His Dark Materials.
The Great Gatsby 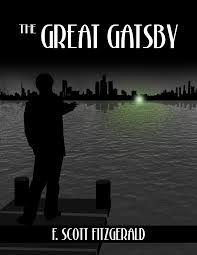 The big one. One of the most famous books in American history is now going to become one of the biggest movies of the summer, with a big budget, all-star cast, and a pretty awesome trailer. For those who aren’t in the know, The Great Gatsby by F. Scott Fitzgerald is the definitive novel of the roaring 20s, a deconstruction of the American dream, and a romance story gone horribly wrong. It tells the story of Jay Gatsby, a wealthy and mysterious young man living in New York during the 1920s, who throws fabulous parties, but seems to have some dirt in his past. It’s told through the eyes of his neighbor Nick, our narrator, who gives us his perspective on the wealthy, debauched lives of the rich and powerful in the middle of the Jazz Age. One of my favorite books, this movie was just begging to be adapted into a modern day film, full of the dark secrets that lie behind the glitz and glamor of the fabulous people. This book was already adapted once in 1974, with Robert Redford as Gatsby, which was…alright. Not really bad, but not as great as this novel deserves. This upcoming film has a great cast (Leo DiCaprio in the title role is pretty inspired casting), a lot of hype, and an interesting director (Baz Luhrmann, who also made Moulin Rouge!) at the helm, so I am hoping that this movie will give one of my favorite books the treatment it deserves.
What Maisie Knew 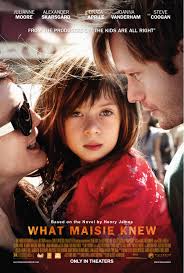 Let’s take a break from the big budget, glitzy flicks, and look at a more quiet and indie minded one. What Maisie Knew is based on the 1897 book by Henry James (Daisy Miller, The Turn of the Screw), in which he showed his contempt for British society at the time through the eyes of a young, but perceptive child named Maisie, who is caught up in the divorce of her irresponsible parents. Like Gatsby, this book is very relevant to our contemporary era, despite being written years ago, with its themes of dysfunctional families, child welfare, and the importance of education and knowledge. So it makes sense that creators would update this story to be set in modern day Manhattan, with Julianne Moore and Alexander Skarsgard as the parents, which already gets me interested. It has a solid cast, classic (although not as well known) source material, and a lot of good buzz already– plus I always like seeing little girls as main characters in dramas like these. If your eyes start hurting from all those blockbuster explosions, try out this movie as some substance for your summer.
World War Z 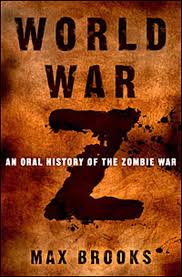 I’ll admit it. While we don’t actually have this book (but the local public library has plenty of copies), its film adaptation is coming out this summer, and I really want to talk about it. The novel by Max Brooks is a VERY different take on the zombie genre. The story actually takes place after the zombies have been more or less beaten back, and instead of focusing on action, it focuses on a UN worker traveling around the world, talking to all sorts of survivors of the zombie outbreaks, around a decade later. He talks to politicians, mercenaries, soldiers, civilians, loners, astronauts, anyone and everyone who has a story to tell. It’s all told through these interviews, showing what is, I think, the most realistic look at what would actually happen in the event of a zombie invasion, spanning the entire world. It’s a great book, one that would make a difficult, but really interesting adaptation. Get tons of great actors for short, individual vignettes, from the zombie fighting cowboy, to the Japanese fan boy turned ninja badass, to the Samoan warriors, to Nelson Mandela– and just so many great stories, I can’t even talk about half of them. It’s scary, sad, but ultimately hopeful for the future of humanity. The movie I have seen in trailers and in press releases though…is not Brooks’ World War Z. It looks like yet another action flick where Brad Pitt is the nice, heroic American white guy main character who is called in to save the day, but he just wants to get back to his generic wife and cute daughters, and it’s a race against time and blah blah blah. Ok, perhaps I’m being too harsh. I haven’t even seen the movie, and it could actually be really good. I hope it is, and Brad Pitt may actually be a solid choice as the main interviewer. But, from what I have seen, they have done the thing that all fans of books fear from adaptations: dumbed down an interesting story to please the Lowest Common Denominator. They made a movie that looks like every other mediocre movie that audiences will swallow up. I am an adaptation apologist, I know how much needs to be changed to make a story work, but you need to have SOMETHING from the original there! While I look at the first two movies here with optimism, I look at this one with worry. I hope the film can prove me wrong, but I rather doubt it.
Whew, needed to get that off my chest. But, in all honesty, I’m excited about this summer’s crop of movies. We have almost escaped the sad cloud of mediocre movie season, and gone right into the sun-kissed time of blockbusters, as well as the occasional quiet indie film that always pops up at some point. And if any of these movies, whether they turn out great or crash and burn, can inspire people to go check out the source materials, then all the better. Watch a movie, read a book, and celebrate summer.
CP

Like Loading...
This entry was posted in adaptations, movies, summer time, The Great Gatsby, What Maisie Knew, World War Z. Bookmark the permalink.