The Icarians are a communal group that can trace their existence back to 19th century Frenchmen Etienne Cabet. Cabet was an accomplished lawyer, teacher, public official, and novelist who heavily believed in utopias during his time. In his novel “Voyage En Icarie”, Cabet described a social organization which he believed would bring peace, justice, equality, and brotherhood to the World. Cabet also spoke of a society of complete equality where property and money were abolished. His revolutionary and socialist ideas eventually caught the eyes of the French government and in 1849, Cabet fled the country with about 496 others. However, the French government was not the only reason for his departure. Cabet saw that on a societal level, France was falling to inflation, crime, riots, and general civil disorder. After departing France, Cabet and his followers ended up in Texas where they began to set up shop. By 1850, conditions in Texas were becoming less than satisfactory and a change was required. 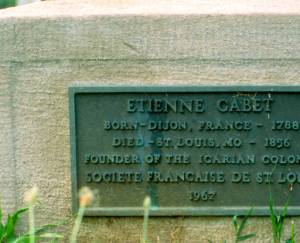 In 1850, Cabet heard that Mormons in Nauvoo Illinois were planning to vacate the area and move westwards. In response to these developments, Cabet entered into negotiations with the Mormons. In the deal that followed, Cabet purchased the whole of Mormon owned Nauvoo Illinois in the form of Temple Square and multiple housing units. After purchasing the basic layout, Cabet and his followers began an ambitious construction project. Under this construction project, a dining hall, apartments, library, infirmary, and school were constructed. With the establishment of the community at Nauvoo, Cabet began a program of socialization and education. The program was designed to pass down the teachings of Icaria to future generations.

At the core of this system was the idea that each member of society must progress in the direction of his or her major talent in order to achieve true enlightenment. Education was broken up into several elements which included physical, intellectual, moral, industrial, and civic. All of these elements were vital if the colony was to pass its knowledge down to future generations of Icarians. The education system itself was inclusive of both boys and girls. Average classrooms contained about 15 boys and 15 girls with a male and female teacher present to guide both sets of children. Under careful instruction, children were taught history, literature, poetry, and prose.

In addition to the socialization and education program, family life was another crucial part in Icarian society. Cabet believed that the family was the key to order and peace in society. Western Europe had abandoned this ideal in favor of loyalty to the state, but Cabet knew that family came first. Unlike the normal familial traditions of old, Cabet believed that women were equal to men within the family. The mother according to Cabet was vital for the education and instruction of the family. In 1855 an Icarian constitution was created that emphasized the importance of family. Under the constitution, marriage was openly encouraged to guarantee order and peace. In fact all those who could marry had to marry. In addition to this rule, marriage was seen as a binding contract in Icaria that no man or woman could break. Families in Icaria were seen as economic units that promoted a division of labor that helped organize society. They were also seen as the first resource in the protection of children, the aged, and the ill. The family was also seen as a primary socializing force in Icarian society. 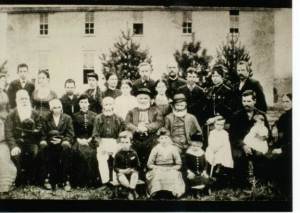 By 1860, relations between the old and new generations of Icaria at Nauvoo were deteriorating. In response to this divisiveness, the community broke into different sects that were scattered across Missouri, Iowa, and California. The last Icarian settlement located in Iowa collapsed in 1898. After 50 years of survival, the Icarian community evaporated into the atmosphere of history. In 1969, Icarian survivor Lillian Snyder held a gathering for Icarian descendants at the newly formed Nauvoo State Park.    From this single meeting, a communal tradition of teaching and learning Icarian history was instituted. In 1977, the group formally organized itself through a constitution and several by-laws. From that point on, it became the central focus of the group to perpetuate the memory and spirit of the men, women, and children who established the society of Icaria. By 1984 the group widened and became known as the National Icarian Heritage Society and by 1990 the Icarian Living History Museum was officially opened to the public. To this very day, the museum is dedicated to preserving the French heritage in America. For more information on Icaria, check out the University Archives and Special Collections Communal Collection. There are many papers, pamphlets, and other materials that the curious researcher can find in this unique collection. 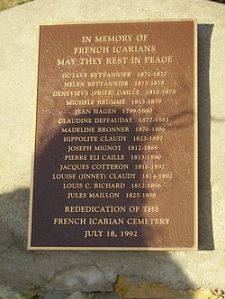