*This post was wrote by James Wethington, library assistant of the University Archives and Special Collections.

1914 was the beginning of World War I, known as “The Great War” and “The War to End All Wars”.  World War I started over the assassination of the Austrian-Hungarian throne heir, Archduke Franz Ferdinand, by a group of Bosnian Serbs.  The assassination revealed secret alliances throughout Europe and the continent was thrown into chaos! With the major Allies forces of England, France, Russia, the United States, and their allies against the Central Powers of Austria-Hungary, Germany, and the Ottoman Empire. The war lasted until an armistice was signed on November 11th, 1918; however, the peace did not lasted.

Two decades later, the Second World War brought Europe and the rest of the world into a global war in 1939 because of Germany’s invasion of Poland. With the Allies of England, France, the Soviet Union, and the United States against the Axis Powers of Germany, Japan, and Italy. World War II ended in two periods overall in 1945: Germany unconditionally surrendered May 1945, known as V-E Day, and Japan surrendered August 1945, known as V-J Day.

The University Archives and Special Collections here at the University of Southern Indiana has several collections relating to the First and Second World Wars.  Roy Kennedy (MSS 256) is the only collection pertaining to World War I.  His collection has various photographs, postcards, and a Prussian/German army helmet. The photographs showed the conditions of the battlefields, German trenches, and Roy Kennedy in uniform.  Kennedy’s collection was donated by his daughter, Barbara Blevins, wife of former Dean of Liberal Arts, Jim Blevins. 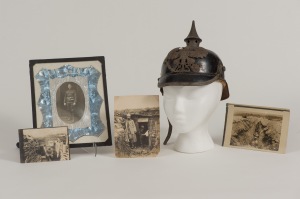 The University Archives has multiple collections pertaining to World War II by several World War II veterans.  Kenneth McCutchan (MSS 004), resident of Vanderburgh County, served in the World War II in the Army Corps of Engineers.  His travels were in Europe and North Africa.  He donated his three war journals, a couple hundred correspondences, and a couple hundred photographs of his travels and time with the US Army.  His journals and personal correspondences gives insight into what was going on in McCutchan’s service: for example, he wrote what the weather was like or he describe what he had done that day.  On some occasions, he attached miniature photographs with captions and describe was that particular location.  His personal photographs illustrate his time in boot camp and travels in Europe and North Africa.

World War II veteran, Owen Hamilton (MSS 116), gave over a hundred personal correspondences to the University Archives.  His correspondences date from 1943 and 1945 and the majority of his letters were written to his sister, June.  In one of his letters, censors cut a square in the letter and removed it the word from his letter back home.  During the war, censors were reading the soldiers’ letters and making sure they didn’t give too much information about the war efforts. 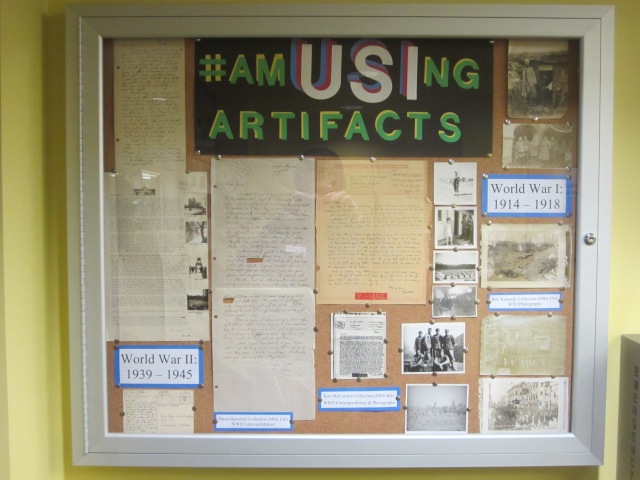 Photographs are worth a thousand words and correspondences are gateways to the past; however, there are more ways to experience history than looking at photographs and letters.  In the Dorothy Zehner (MSS 027) and Philip Thomas (MSS 028) collections, they have World War II ration booklets.  William Sonntag (MSS 286) was close to sixty war bond posters from World War II.  Archives recently received multiple World War II uniforms: Leonard Schlamp’s (MSS 157) US Navy uniform and caps, Dr. Marlene Shaw’s (MSS 301) father’s US Army jacket and hat, and Joel Matterly’s (MSS 254) father’s navy uniform.  Through all of these pieces of history, there is a story behind all of them.  Veteran’s Day is coming soon November 11th: let us remember our freedom came at a price. 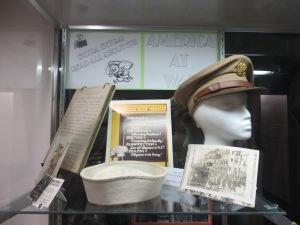 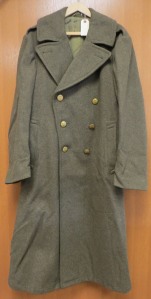