From 1969 to 1989, Indiana was controlled by the Republicans by the following: 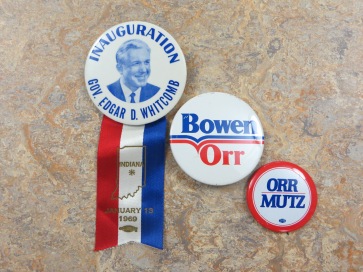 Edgar Whitcomb was born in Hayden, Indiana, located in Jennings County. He attended Indiana University in Bloomington, Indiana; however, he served in World War 2 in the Philippines. He returned to Indiana University and received a law degree. He practiced law for fourteen years in North Vernon, Indianapolis, and Seymour, Indiana. He ran for Congress in 1954 and 1956; however, he was elected as Indiana’s Secretary of State in 1966 and then as Governor of Indiana in 1968. Whitcomb defeated Robert L. Rock, 53% to 47% in the 1968 election. After he left office in 1973 and continued his law practice in Indianapolis and served as the director of the Mid-American World Trade Association; however, he attempted to win the Republican nomination for United States Senator but was defeated by Richard Lugar. 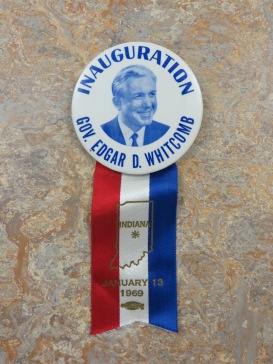 After Whitcomb left office in 1973, Otis Bowen became the next governor. Bowen was born Richland Center, Indiana, located in Fulton County. He attended Indiana University and graduated with his M.D. He served in World War 2 in the army medical corps; however, after he left the service, he began his own practice. Bowen served as a state representative in 1956 and became the first state Speaker of the House to serve three conservative terms (1967-1971). In 1968, he ran for as the Republican nominee for Indiana Governor; however, he lost to Edgar Whitcomb, who soon became the governor. Bowen would become governor in 1972, defeating Matthew Welsh, 57% to 43%. He would also become Indiana’s first governor to serve conservative terms since 1851, due to the passage of Indiana’s constitution. In the 1976 election, Bowen defeated Larry Conrad, 57% to 43%. After he left office, he became a professor of medicine and director of undergraduate family practice education at Indiana University. From 1985 to 1989, he served as the Secretary of the Department of Health and Human Resources under then-president, Ronald Reagan. 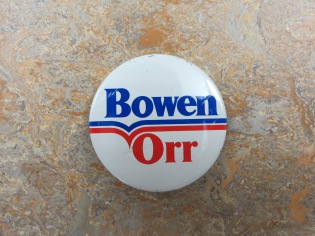 Robert Orr was born in Evansville, Indiana, located in Vanderburgh County. He graduated from Yale University in 1940 and later attended Harvard Graduate School of Business; however, World War 2 occurred just before he started at Harvard and served in the United States Army in the Pacific. In 1968, he was elected to serve in the Indiana Senate. In 1972, he served under Otis Bowen as his lieutenant governor until he was elected as Indiana’s governor in 1980, by defeating John Hillenbrand, 58% to 42%. Orr was re-elected as governor of Indiana in 1984, by defeating Wayne Townsend 53% to 47%. He served on many committees and served as the Ambassador of Singapore in 1989 to 1992. 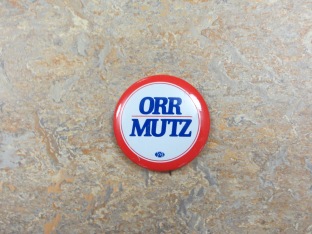