Cults of the World: Heaven’s Gate

In the blog series finale of “Cults around the World”, cults develop because of an ideology or by a charismatic leader(s). Just like the previous cults, Heaven’s Gate, is no different, from beginning to end.

Heaven’s Gate began in 1972, when founders, Marshall Applewhite and Bonnie Nettles, met in a psychiatric institution because they believed to be “… the two ‘endtime’ witnesses mentioned in Revelation 11” (Melton, 2013). In the mid-1970’s, Heaven’s Gate formed as a small group and more members joining in Southern California, Oregon, and Colorado. After Nettles’ death in 1985, the group grew secluded from the public; however, due to the advancement of the World Wide Web, Applewhite used this to spread his message (Hafford, 2017). 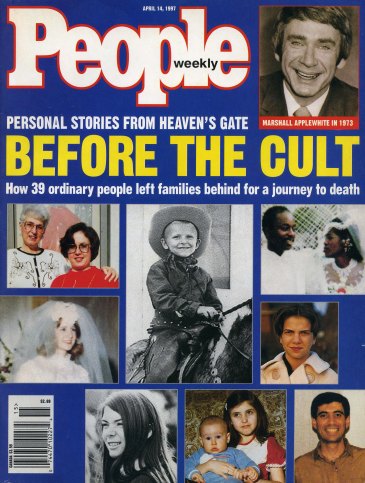 Hafford (2014) states one of the core beliefs in Heaven’s Gate was “Applewhite told his acolytes that was the second coming of Jesus Christ, that God was an alien, and that they were living in the end time”. The group continued to move around to Texas and back to California. By 1995, Heaven’s Gate began to believe after the discovery of the Hale-Bopp comet, believing aliens were coming back to Earth. Finally in 1996, when they permanently located to San Diego (History.com Staff, 2010; Melton, 2013).

In March 1997, the unthinkable happened: thirty-nine members were found died! What happened? Due to Hale-Bopp comet passing by the Earth, Applewhite and his thirty-eight members committed suicide, in a similar fashion to People’s Temple. History.com Staff (2010) mentions, “… as Hale-Bopp reached its closest distance to Earth, Applewhite and 38 of his followers drank a lethal mixture of phenobarbital and vodka and then lay down to die, hoping to leave their bodily containers, enter the alien spacecraft, and pass through Heaven’s Gate into a higher existence”.