USI Building Names: Why Do They Call It That?

As you arrive on campus and start to go to classes, you’ll soon learn that some buildings have specific names.  The same thing is true about most of the academic colleges.  Where did these names come from?  Who are these people?  Let’s take a brief look.

Dr. David L. Rice walking in front of the construction of the Science Center, 1969. Source: University Archives & Special Collection (UP 00484).

Since this is a library blog, we’ll start with the David L. Rice Library.  Dr. Rice was appointed dean of this campus, then called Indiana State University Evansville (ISUE) in 1967, two years after its founding.  In 1971 he became its president, serving in that capacity until 1994.  “During his tenure, enrollment grew to over 7,400 on a master-planned campus with 1,400 acres. Dr. Rice oversaw the expansion of curricula from limited two-year degree programs to a comprehensive range of baccalaureate and master’s degree programs, as well as many cooperative programs with other universities.”  In addition to building the university, Dr. Rice also saw its establishment as a separate state university, USI, in 1985. 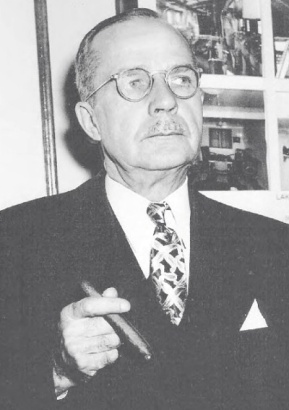 Pott College of Science, Engineering, and Education:  Robert H. Pott (1890-1964) was born in Sheboygan, WI, and moved here with his wife in the 1920s to become plant superintendent for Vulcan Plow Works. Pott was largely self-educated, but he always maintained a love for learning and for all things scientific and technical.  “In 1963, the Potts established the Robert H. and Elaine H. Pott Foundation to benefit educational institutions with engineering programs in Indiana and Wisconsin. He died in 1964 and she died in 1974.  In 1998, during Campaign USI, Pott Foundation committee members in cooperation with Fifth Third Bank contributed $2 million toward the development of the College of Science and Engineering. At that time, the gift was the largest in USI Foundation history. In recognition of this generous gift, the college bears the Pott name. Income from the endowment provides funds for student scholarships, the purchase of scientific equipment, and professional development and educational support of students and faculty in the Pott College of Science and Engineering. The Pott Foundation also supports the Tri-State Science and Engineering Fair, hosted by the Pott College since 2007.”

Postcard of the Vulcan Plow Company’s plant was located at 101 1st Street. This building was razed in 1957 with only a small portion in the rear remaining, n.d. Source: University Archives and Special Collections (RH 033-034).

This postcard depicts the company that brought the Potts to Evansville—Vulcan Plow.  Although the factory is long gone, that statue of Vulcan atop the corner can be found at the Evansville Museum.

Photograph of Connie and Ronald Romain, the namesake of the Romain College of Business, n.d. Source: USI.edu/

Romain College of Business: Ron and Connie Romain have long been friends of the university.  They both are USI graduates, and his degree in marketing helped him become the owner, president, and chief executive officer of United Companies which is comprised of Professional Transportation, Inc., the Romain Automotive Group, and United Leasing, Inc.  Naming the college for them “recognizes the Romains for their lifetime of dedication to and involvement with the Evansville community, the University, as well as a generous $5 million leadership gift to Campaign USI: Elevating Excellence. Ron serves as chair of the campaign, and the couple was deeply involved with USI’s first capital campaign in 1995. Ron also has been a member of the USI Board of Trustees since 2008 and is a life director of the USI Foundation.”

Robert D. Orr Center: The Orr Center (OC) is a classroom and office building housing many of the student services departments. It was named for former Indiana Governor Robert D. Orr (1917-2004), who was governor of the state 1981-1988, during which time USI gained its independence.  Although not born here, Orr grew up in Evansville—the site of the family business, the Orr Iron Company. 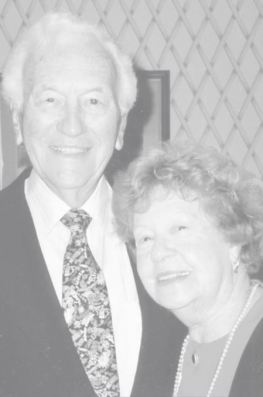 Joseph O’Daniel (left) is the namesake of the O’Daniel apartments with his wife, Marie (right), n.d. Source: Faces of Philanthropy, Vol. 1 (2008).

O’Daniel Apartments: Joseph E. O’Daniel  (1912-2001) was the founder of D. Patrick automotive business and a long-time friend and supporter of USI.  He was instrumental in acquiring land for the university. “In 1967, Southern Indiana Higher Education, Inc., (SIHE) raised nearly $1 million to acquire 1,400 acres for the Mid-America University Center. Groundbreaking was held June 22, 1968. Since September 1969, the University has occupied 330 acres, mostly donated by SIHE. On April 16, 1985, legislation was signed which made USI a separate state university. All legal matters were effective July 1, 1985. On June 30, 2008, SIHE transferred ownership of over 900 acres of land and remaining assets to the USI Foundation.”   SIHE also provided funding for the first housing on campus.  O’Daniel was a past president of the USI Board of Trustees. 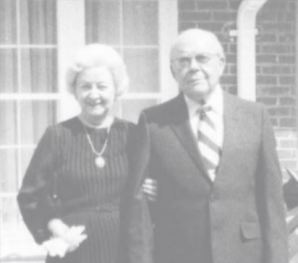 McDonald Apartments   Frank F. McDonald (1912-1997) was the mayor of Evansville 1960-1972.  “In the fall of 1968, Dr. David L. Rice, president emeritus of the University of Southern Indiana, and Byron C. Wright, vice president emeritus for Business Affairs and Treasurer, met with Mayor Frank F. McDonald Sr. in his office in downtown Evansville. Mayor McDonald was an avid supporter of the young campus and had a profound conviction that the University would be a tremendous benefit for the City of Evansville and the State of Indiana. He often referred to it as “an industry without a smokestack.”  The mayor’s support was key to the University’s success and Dr. Rice and Mr. Wright visited regularly with him to discuss issues affecting higher education on the Evansville campus. At the end of this particular meeting, Mayor McDonald said, “You will need private gifts to help make that place a success. Folks around here will not want to send their hard-earned money out of town, so I suggest you establish a foundation to benefit our University.” He then opened his wallet and pulled out two $100 bills. “Here is $100 from me and $100 from my wife to begin that foundation.””

Newman Residence Hall   Fred C. Newman (1905-1998) was a former president of Old National Bank and one of the first to endow a Presidential Scholarship for the university.

Ruston Residence Hall   Henry W. Ruston (1921-2005) was a fervent supporter of the university.  He was a life member of the board of trustees, and at the time of his death in 2005, he was the largest single benefactor in the history of the university.

Hopefully, knowing a bit more about USI will help you appreciate and enjoy your college experience even more.  Good luck with this semester, and don’t forget the library for help with all your research needs.