Santa Claus is coming to town

Wait a minute—he already lives here! Did you know that there is a town in southern Indiana named Santa Claus? Santa Claus, IN 47579.  Population 2,411 in the 2017 estimated Census.  Some 60 miles ENE of Evansville. 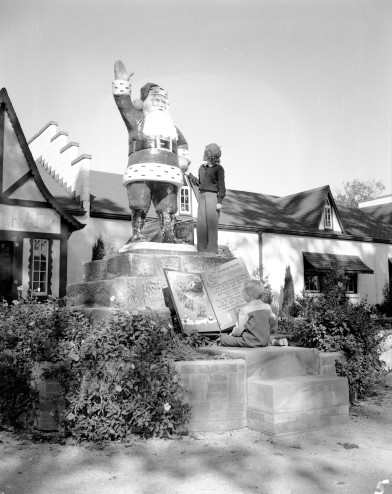 If you have children or are young at heart, you probably know it as the home of Holiday World and Splashin’ Safari, with “top-ranked roller coasters and one of the world’s largest water parks.”  But there’s much more to it than just a theme park—here, to quote Paul Harvey, is “the rest of the story.”

The small town in Spencer County was settled in the 1800’s. It was surveyed and mapped in 1846, but there were settlers there at least as early as 1820.  The post office opened in 1856, and that’s probably when the town was named. There are a number of different stories about this, and the facts may never be known.  One source said the town had no name, another said it was originally named Santa Fe.  Either because there was another Santa Fe, Indiana, or because the town needed any name, legend says that during a December meeting to discuss this, the doors blew open and sleigh bells were heard on the wind.  The children cried, “Santa Claus!,” and thus Santa Claus, IN was born. 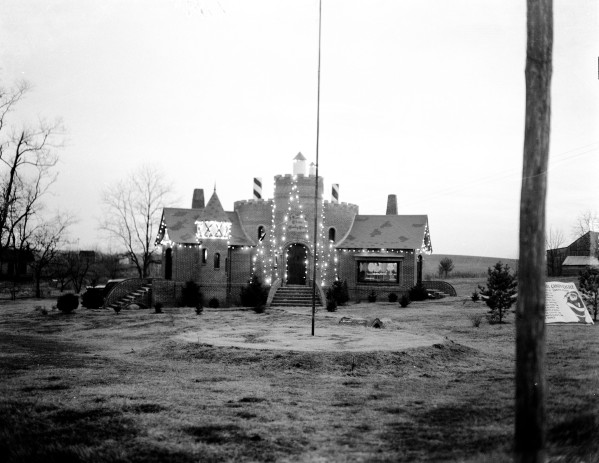 At about the same time this 40 ton, 22 feet tall statue was erected in a scenic overlook park, along with a wishing well and a log cabin.  The dedication was “to the children of the world in memory of an undying love.”  This statue was restored in 2011. 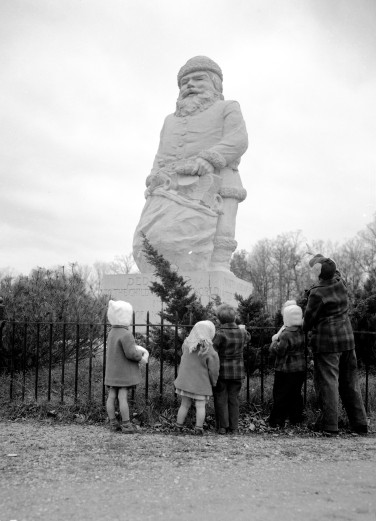 Promotion of Santa Claus as a tourist destination really hit its stride with the entrance of Louis J. Koch on the scene.  A wealthy industrialist from Evansville, Koch thought other families like his would enjoy spending time together in a happy atmosphere.  He purchased 260 acres of land in the area and began development of Santa Claus Land.  World War II put a halt to the project for some years, but work began in earnest in 1945 and the park opened the next year.

“The park opened a year later all decorated in festive holiday attire and filled with attractions straight out of Santa’s sack of treats. Designed in an appropriate alpine architecture, Santa’s Headquarters included Toyland, a restaurant, a gift shop, a large doll house with more than 1,100 antique toys, a variety of playground equipment, a museum filled with antique toys, toys from foreign lands, and a selection of current toys that children could point to when they sat upon Santa’s knee to tell him what they wanted for Christmas.”

Another way to tell Santa what you want for Christmas is to write him a letter.  Since 1914 children have been able to receive letters from Santa sent from Santa Claus, Indiana.  The post office, which normally gets 13,000 pieces of mail per month, receives over 400,000 during the month of December.

In 1983, the post office began a contest to design a special Christmas postmark.  Local high school art students submit entries and a new postmark is made each year.  You can take or send your Christmas cards to the Santa Claus post office to have them stamped with this special art work.  The 2018 contest was won by Savannah McCutchan. 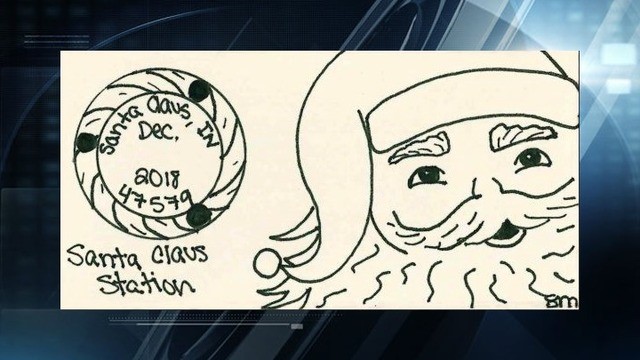 Santa Claus, IN has grown and changed quite a bit since most of these photographs were taken in the 1940s.  The post office has moved and modernized.  The attractions at Holiday World are far more sophisticated to appeal to 21st century taste.  But members of the Koch family are still involved with the operation of the parks, and the family vibe still reigns supreme.  And you thought it was all about roller-coasters!e

Photographs from the collection of Tom Mueller (1910-1993), a self-employed photographer who also worked for the Evansville Courier and Press.  MSS 264