Just Wrassle It Out in Evansville: USWA Style Starting in 1989, United States Wrestling Association (USWA) was created to compete against the World Wrestling Foundation (now WWE) and Jim Crocket Promotions/World Championship Wrestling (WCW). USWA signed a deal in 1992 with the WWE allowing their wrestlers to come to the USWA to wrestle; moreover, WCW and USWA worked together in 1995. Some famous wrestlers to appear were The Undertaker, Rob Van Dam, Sabu, Jerry Lawler, and so many more. Evansville was one of the major cities for having USWA events. By 1997, USWA would go out of business (“United States Wrestling Association,” 2017). Left to Right: Paul Bearer and The Undertaker, n.d. 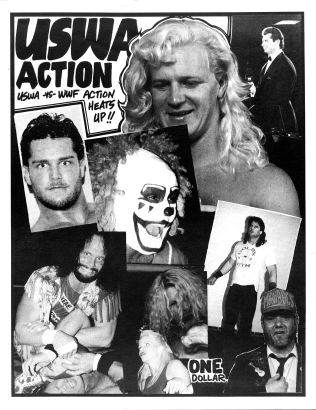