Resuming our series, “Hoosier Authors”, we discuss the life and works of Theodore Dreiser. During his time, he was counter-cultural, fighting against Victorian ideology and was the epitome of a “realist”. In reality, America was quickly changing and his works explored the various social changes occurring during the time. 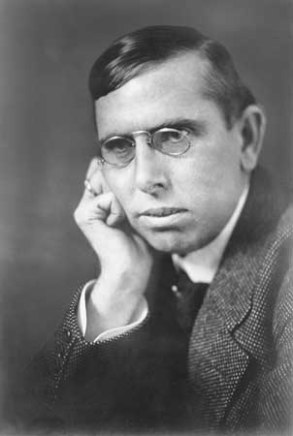 Dreiser was born on August 27, 1871 in Terre Haute, Indiana as the ninth out of ten children. His family moved to various parts of Indiana because his father was unemployed and looking for work.  As a child, Dreiser lived in poverty and he later stated he had a horrible relationship with his father because he blamed him for his family staying in poverty (Hussman, 2015).

When Dreiser was sixteen, he decided to move to Chicago and get out of poverty. He was unsuccessful and did not have a formal education; however, Dreiser met Mildred Fielding. She encouraged him to go to school and would help pay for him to go. Dreiser accepted. He went to Indiana University in 1889 but stayed for a year; he would discover his future passion at IU: reading and writing (Hussman, 2015; Polack, 2005).

After leaving Indiana University, Dreiser began a career in journalism as a news reporter. He started in 1892 in Chicago and left for Pittsburgh then New York City in 1894. While in New York, he met Sara White, his future wife: they got married in 1898; however, in 1912, they separated (but never divorced) because of his adultery. They were married until Sara’s death in 1942 (Hussman, 2015). 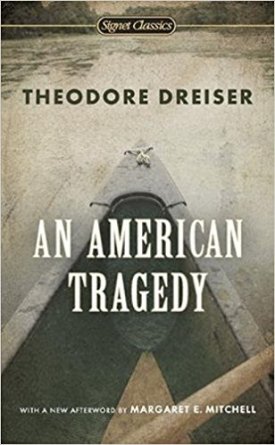 Shortly after his marriage begun, Dreiser published his first novel, Sister Carrie, in 1900, becoming a bestseller. His magnum opus was An American Tragedy, in 1925. An American Tragedy focuses on the life of Clyde Griffiths and his death. Hussman (2015) states, “This book brought Dreiser a degree of critical and commercial success he had never before attained and would not thereafter equal. The book’s highly critical view of the American legal system also made him the adopted champion of social reformers. He became involved in a variety of causes and slackened his literary production”. He continued writing until his death on December 28, 1945; however, his last two novels were published posthumously (Hussman, 2015).

If you are interested in Theodore Dreiser’s novels, inside of our Special and Rare Books collection are four of his works, including An American Tragedy. As a reminder, our books do not circulate but you are welcome to come and read a few pages.