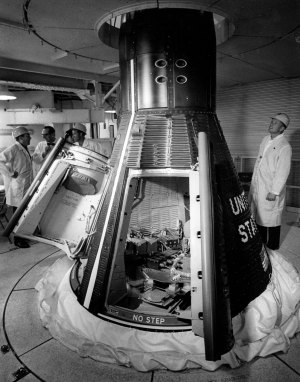 On this day in 1958, NASA was born! This organization has a special place in United States history. As an elementary student, I remember on “Grandparents’ Day”, there were a set of questions asked and a couple of questions dealt with the first moon landing, Apollo 13, Challenger explosion, and so on. The creation of NASA was monumental and it still captures our imagination today.

Picture it: October 1957. The world is stunned as the launching of the world’s first satellite, Sputnik, into orbit by the Soviet Union (History.com Staff, 2009). This was in the midst of the Cold War between the world’s two superpowers and the United States views this as a loss. By this time, the United States realized they needed to catch up. In November 1957, Senator Lyndon Johnson created studies on space in the Senate Armed Services Committee: through the committee, they were “… establishing a space agency” (Dick, 2008). Finally, President Dwight Eisenhower signed the National Aeronautics and Space Act on July 28, 1958 (Dick, 2008). 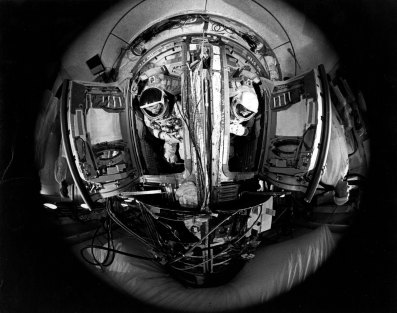 Under NASA, they had four mission areas: aeronautics research, science, space technology, and human exploration (Editors of Encyclopedia Britannica, 2018). During the 1960’s, space expedition was all of the rage with one goal: put a man on the moon! It finally happened on July 20, 1969, when Neil Armstrong stepped out of the lunar module, Eagle (History.com Staff, 2009).

After the moon landing, NASA continued space missions. Later missions were unmanned such as Viking, Mariner, Voyager, and Galileo: they explored various parts of the solar system (Editors of Encyclopedia Britannica, 2018). In a shocking turn of events, the United States and the Soviet Union created the first human spaceflight, Apollo-Soyuz Test Project, in 1975; moreover, the United States started the International Space Station, in 1984 and 1993, other nations joined in the partnership (Redd, 2017).

Sadly, there were two major disasters: Challenger in 1986 and Columbia in 2003. In both cases, none of the astronauts survived. Challenger exploded after seventy-three seconds after liftoff: the cause of the explosion was due to a structural malfunction (Editors of Encyclopaedia Britannica, 2017). Seventeen years later, upon reentry to Earth, a structural malfunction led to the Columbia shuttle’s demise (Dooling, 2017). Missions continues from NASA such as Curiosity (2011), Opportunity (2003), Hubble Space Telescope (1990), OSISIS-REx (2016), just to name a few (NASA, 2018).

Here at the University Archives and Special Collections, we are honored to have photographers from the Lee William Jones, a former NASA photographer. His photographs are available on our online digital gallery.